LEGO Christmas Trees - The Good, The Bad, & The Ugly

Rebrickable Pty Ltd has been acquired by Guangdong Loongon﻿

The new addition to the Winter Village: 10254: Winter Holiday Train. The series started in 2009, and had a new set every year, except for last year. In 2015 LEGO released a re-release of the 10199 Toy Shop, the 10249 Toy Shop. Many were wondering what would come this year. Will LEGO bring something new, or will they make another re-release. That question is now answered: LEGO released a brand new set! Let's see how it will fit in the Winter Village.

My box was too damaged in transport to take some good pictures from it, so I borrowed these from the internet. On the front is a picture of the set. 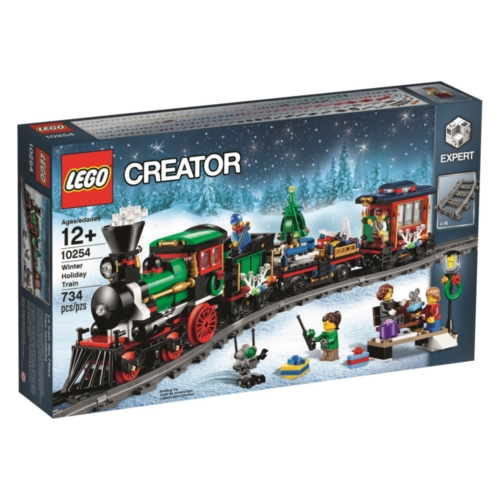 On the back are several detailed pictures of the set, along with information for adding Power Functions to the set. 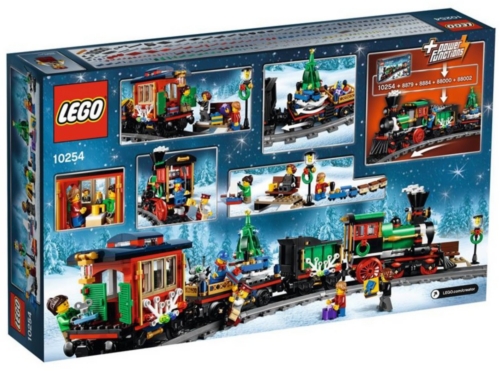 First thing I noticed is that there are no stickers. I like that!
Inside the box are 6 bags numbered 1, 2 and 3. There is also an unnumbered bag with train wheels an train magnets, and 4 sets of bend railroad tracks. 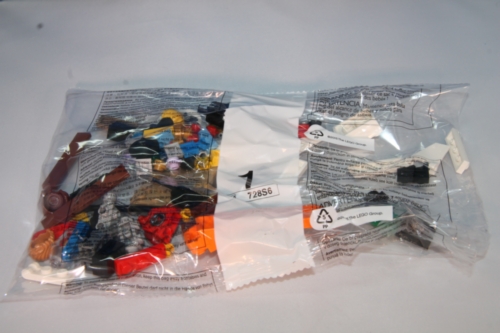 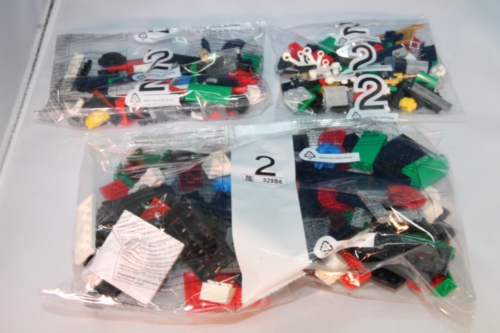 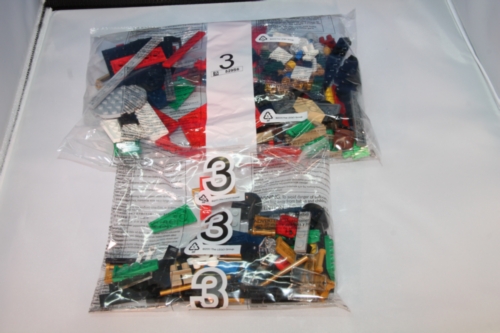 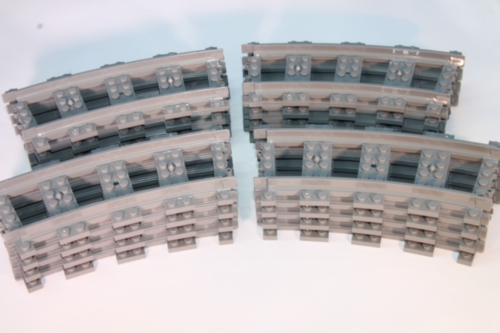 For some reason the instructions consists of one small and one large book. Not sure why these aren't joined together. 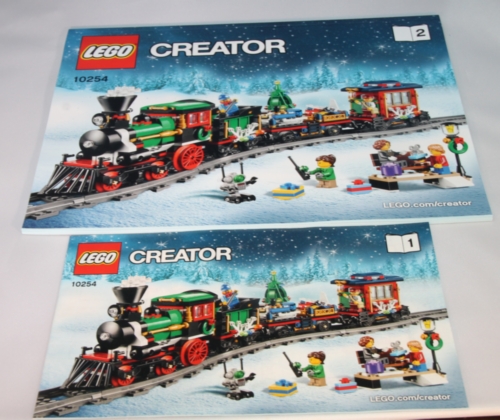 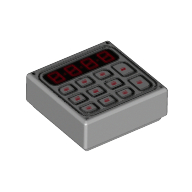 No village without people. This set contains 5 minifigures. These are the mayor, 2 children, a conductor and a driver. As mentioned before, there are no new prints for these minifigures. 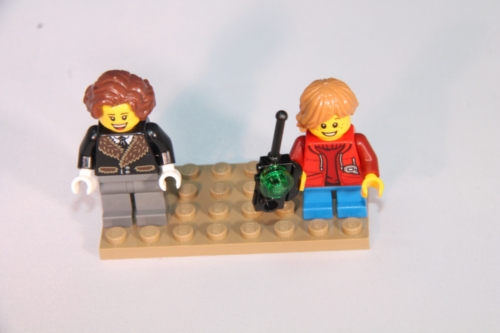 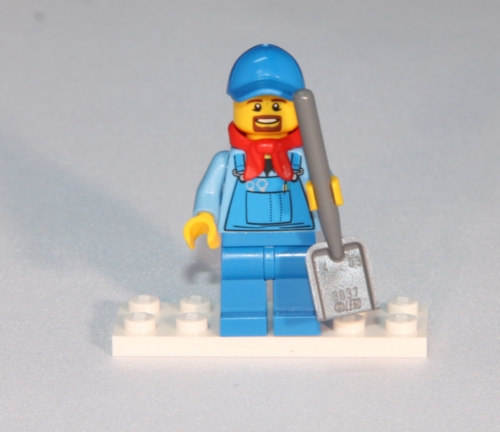 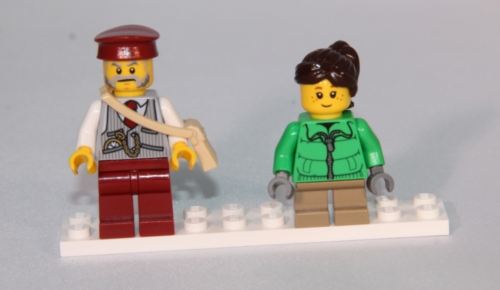 Step 1 builds the train station platform and a lot of micro-presents. These presents are very nice and clever build. Again: no idea why this part of the build is in a separate instruction book. 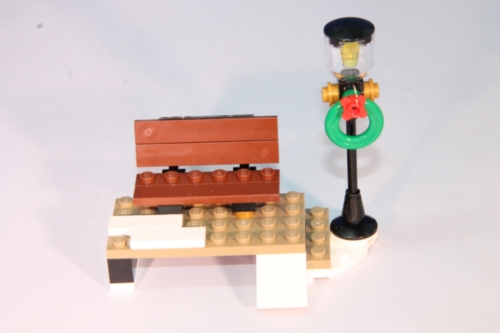 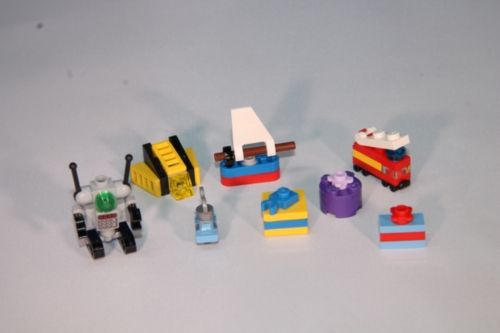 In step 2 the locomotive and the coal-cart is build. It's kind of a straight forward build, with little surprises. 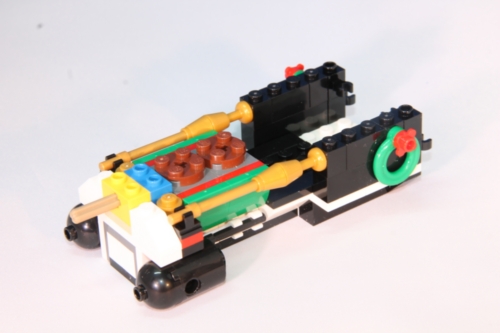 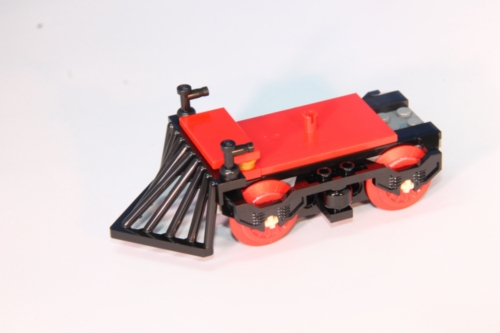 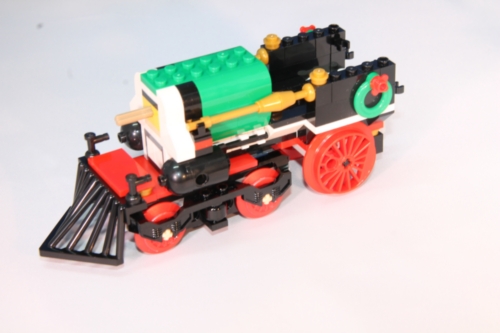 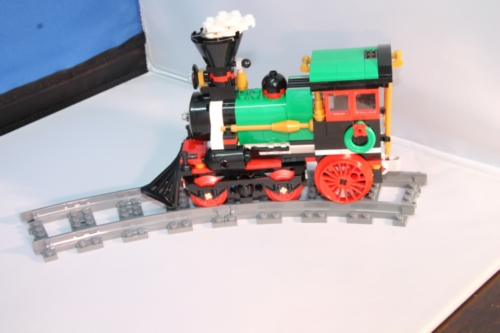 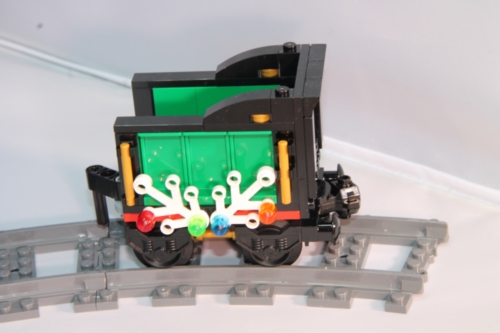 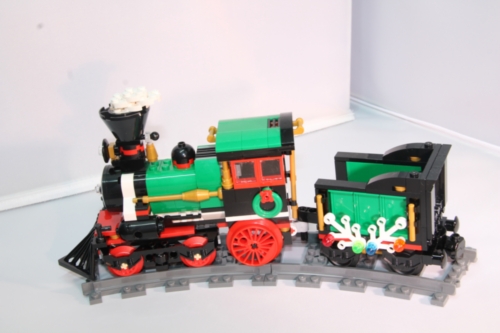 Step 3 builds the cargo wagon and the passenger wagon. On the cargo wagon stands a small Christmas tree that rotates as the wagon moves. I love the little toy train around the tree. 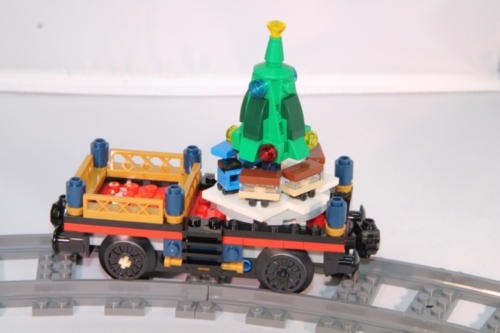 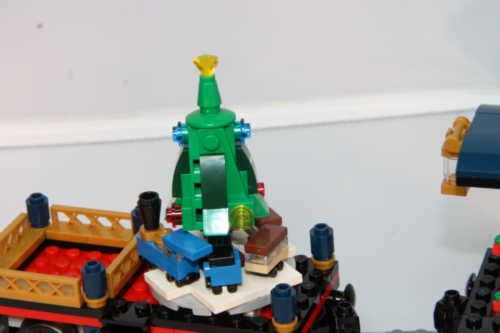 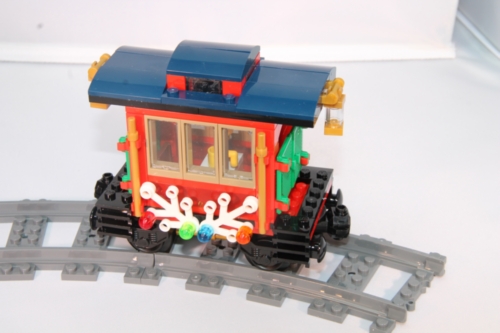 The set can be motorized using the Power Functions. In the back of the intruction book are instructions on how to do this. Unfortunately I don't have the parts myself to do this. But from what I've seen in the instructions and hear on Facebook groups it looks kind of ugly. The batterybox and wires are showing. I think people can come up with better alternatives than the one provided by TLG. The parts needed are 8879, 8884, 88000 and 88002, costing about €55,-. 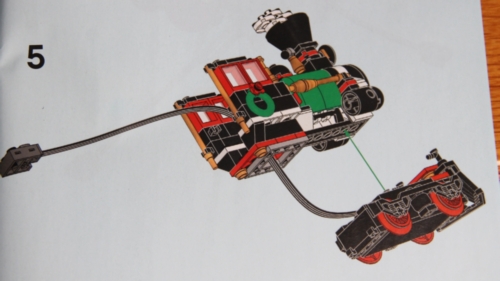 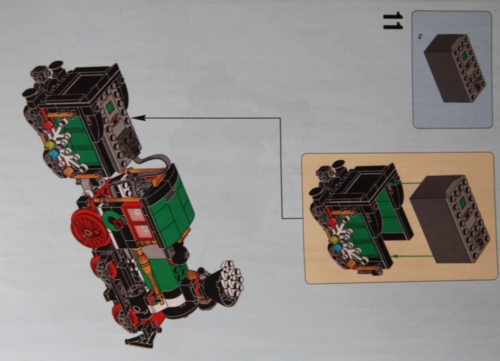 Overall it's a nice set. There are fun little details and it looks great in the village. Definitely a display set. The build itself was less thrilling. No clever building techniques or surprises. Just straight forward one brick on another. So should you get it? If you love the holidays this is a great set for around the Christmas tree. But for the build I would suggested something more challenging.