LEGO Christmas Trees - The Good, The Bad, & The Ugly

Lego Sea Creatures - The Good, The Bad, & The Ugly

LEGO Christmas trees have been a staple of the Holiday Season for decades. There have been multiple interpretations on how this should be executed and I will be sharing a few of my favorites, along with some not so great ones. From Advent Calendar offerings to the popular Winter Village sets, here’s the good, the bad, and the ugly.

First up is a simple design released in 2011. Set 40024-1 Christmas Tree was a LEGO Exclusive that came in a polybag. I like this tree as it shows how you can have a pretty basic design and still look good. The presents underneath add a nice touch too. My only criticism would be the tree decorations. No transparent parts? And that tree topper is undersized. 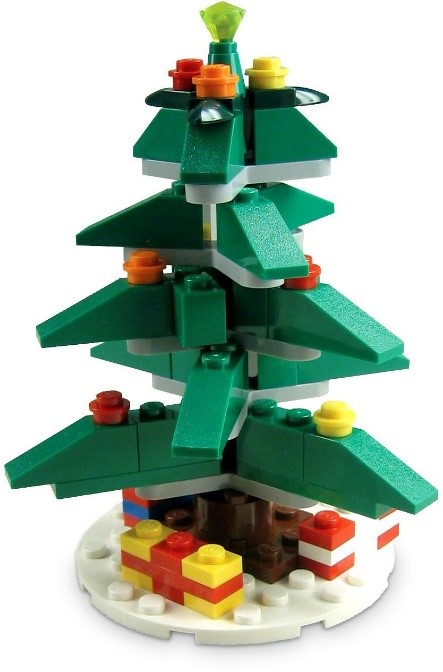 Next is an advent calendar sub-set, and it’s really just a part I’m lifting to Christmas Tree standing! Sub-Set 7600-1-s24 Day 24 Christmas Tree and Presents, released in 2007, was the part 3471 with a festive snow topped pattern, part 3471pat0001. Originally found in the Belville set 5961-1, it’s still very rare today. I like the snow variation for this very iconic LEGO part and it surprises me it’s not used more widely in the Holiday sets today. 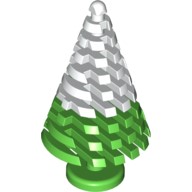 The tree that came with set 10254-1 has made my good list more for how it interacts with the set than its actual design. Integrated into the train so it actually rotates as the train moves is a fantastic idea and really lifts this set, especially seeing the miniature train around the base in motion too, very meta! 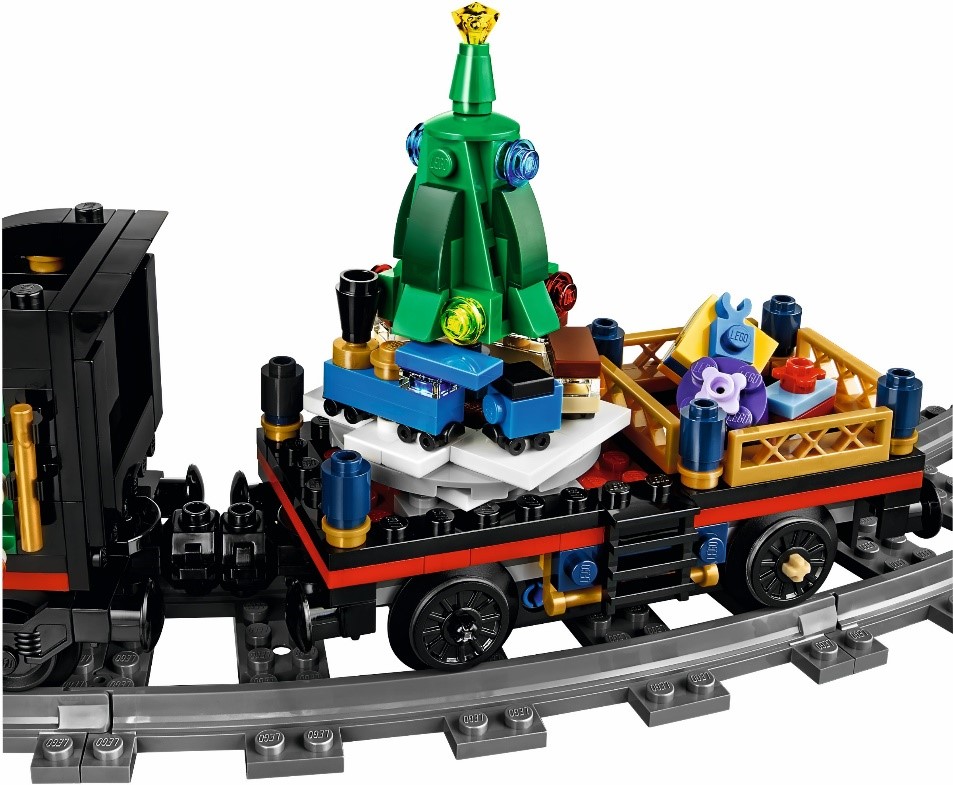 With the Winter Holiday Train we have swiftly moved into the Winter Village offerings. It’s probably no surprise that the best trees are found in LEGO’s core Holiday Sets.

The Winter Toy Shop (Set 10199-1) has probably my favorite tree. It’s one of LEGOs largest and was released with the first Winter Village Set (Yes, I’m intentionally ignoring 2006’s 10173-1 Holiday Train) It has depth, and style, and has great string light decorations, with a stellar (pun intended) star tree topper too. And was so large the set had to come with a ladder so the poor Minifigs could reach to decorate it. Interestingly, this tree is the only appearance of Part 3709 in Green. To this day, 12 years later, it is still exclusive to this set.

In fact, this tree was so good I’m going to declare that it was the sole reason this set was updated and re-released 6 years later (Set 10249-1). What other reason could LEGO have had to re-release it if not to allow more people to own this masterpiece?! The re-released version did change a few details but it only improved on the original design. 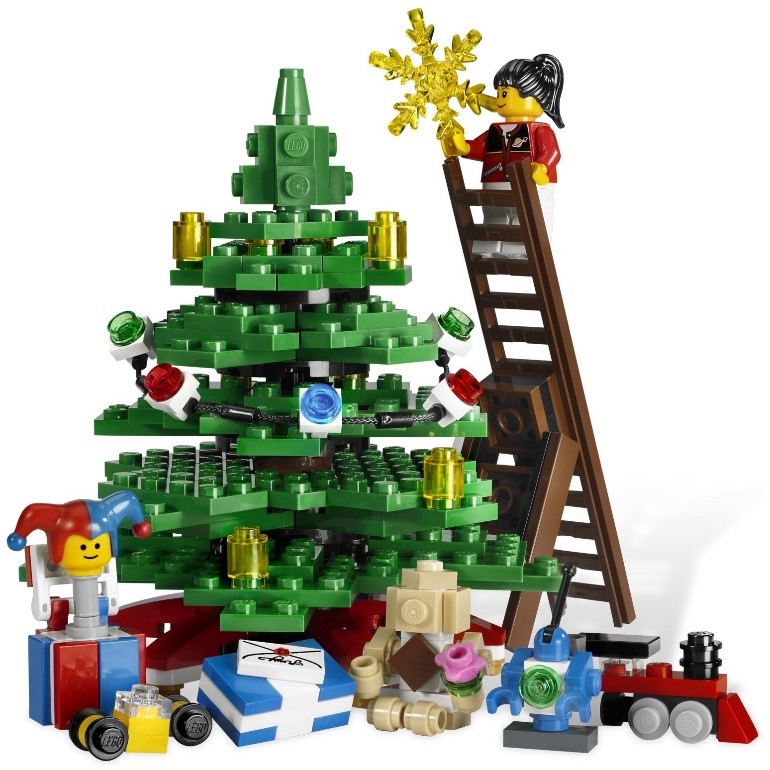 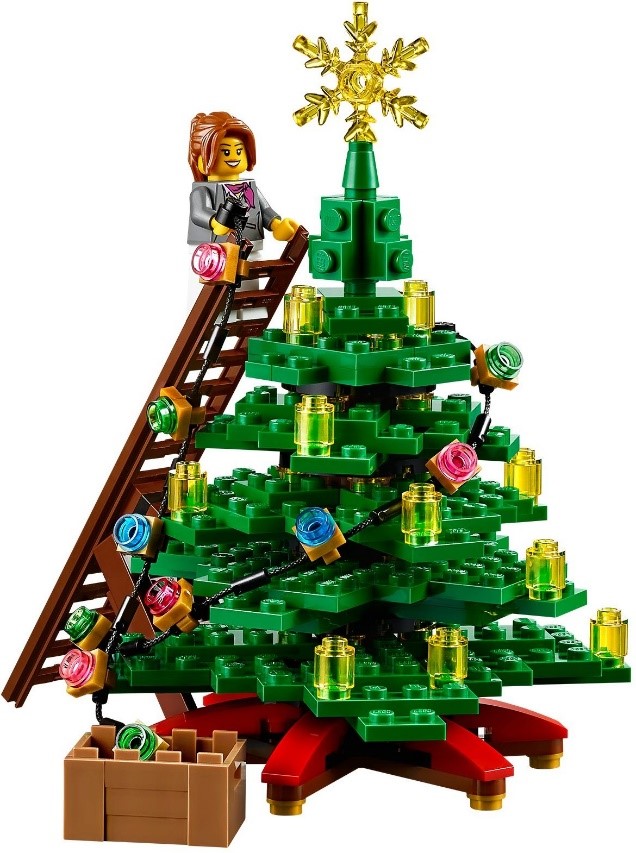 Last of the good is the most recent. Set 10263-1 Winter Village Fire Station, released this year (2018), has (please don’t write me about this opinion) underwhelmed me a bit. Is a fire station inherently festive? I don’t know, and they have officially made my Winter Village Victorian which is news to me! But, the saving grace of this set is the tree (and the snowman and wreaths). Although it’s a little geometric I think it’s the best of the smaller scale trees. I do wish it had some transparent parts for decorations but it has the better star and the variation in greens really stands this out above the rest. 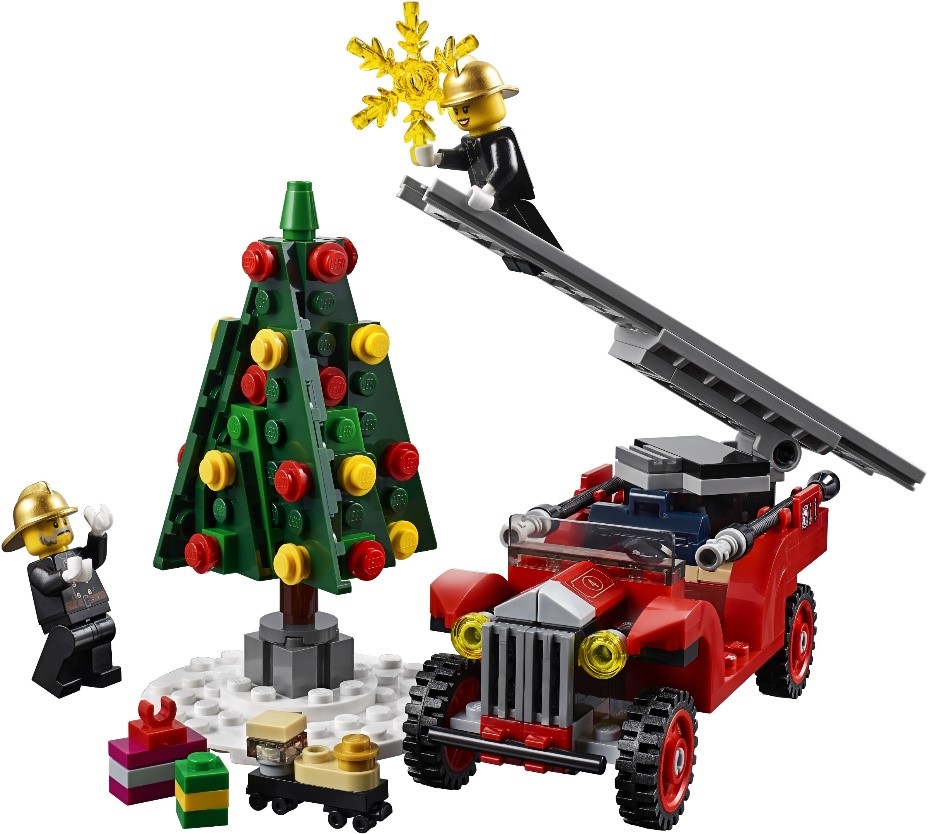 I consider myself to be a typical AFOL, so as is common with our community I find it difficult to be overtly critical of LEGO products. After all, if you don’t like their designs you can just build it differently. That being said, here are my least favorite Christmas Trees.

First up, another polybag. Set 30186-1 Christmas Tree. For a specifically designed model this is just wrong. Why do the branches point upwards? The red center plates, is that supposed to be ribbon or tinsel? And a starfish as a tree topper is just too much! It does have a certain ‘fullness’ about it which is good I guess but otherwise this is a big miss. 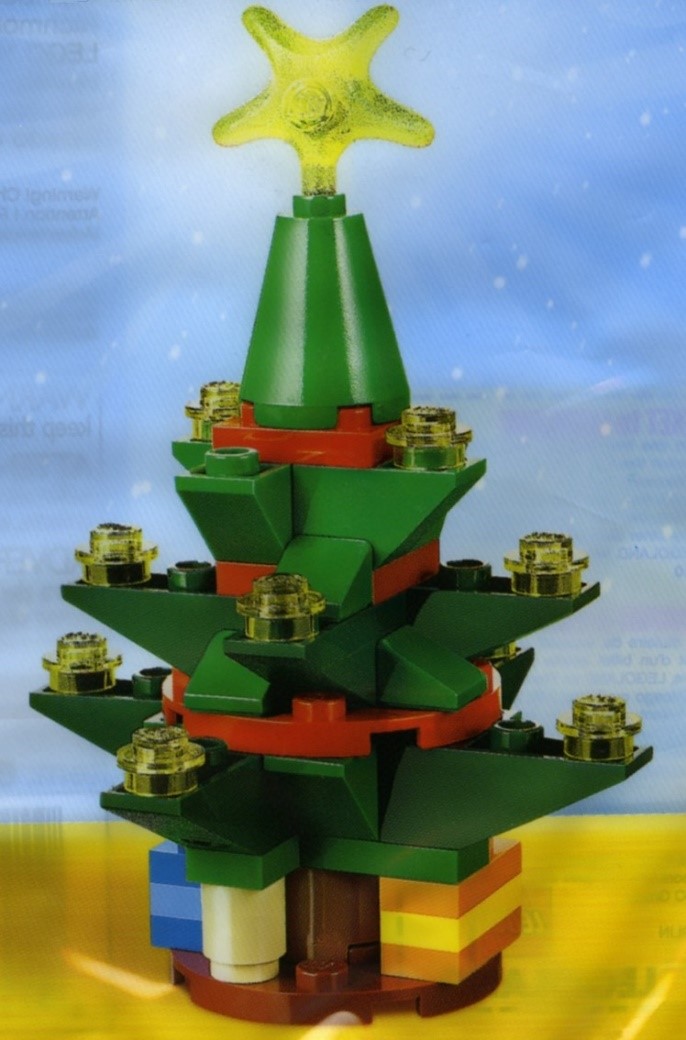 Set 41016-21 Day 20 Christmas Tree is another offending article. This sub-set has a cone top that is far too large and is topped with an uninspiring star (LEGO Friends accessory 11609). Points for Trans-Dark Pink decorations but otherwise this is totally dis-proportionate. 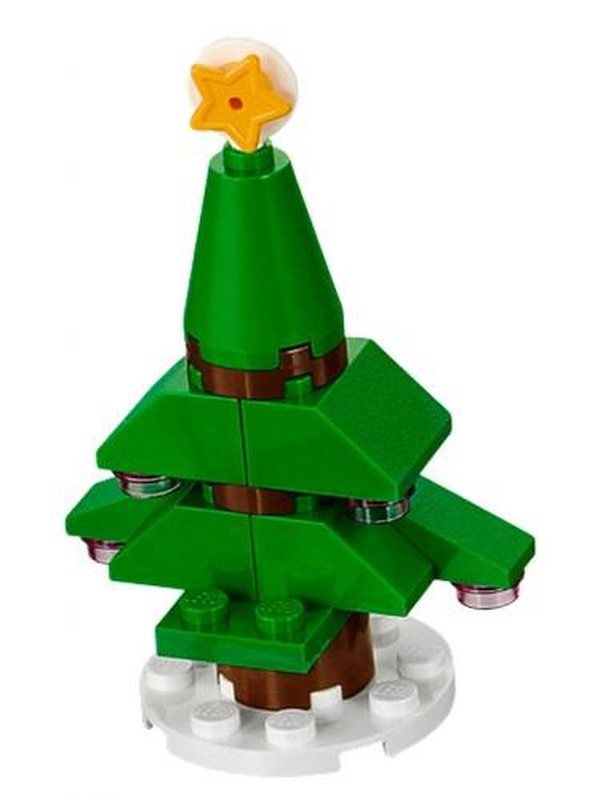 And the last entry in the Big Stinker category is Set 4124-24 Day 23 Christmas Tree. Another Advent Calendar sub-set, this time from 2001. Borderline Ugly, this is the worst of the worst. The tree part is simple and looks just fine, but top it with a wand and you get something really odd. Seriously, whose idea was the wand? Does anyone have a tree at home that looks like that? 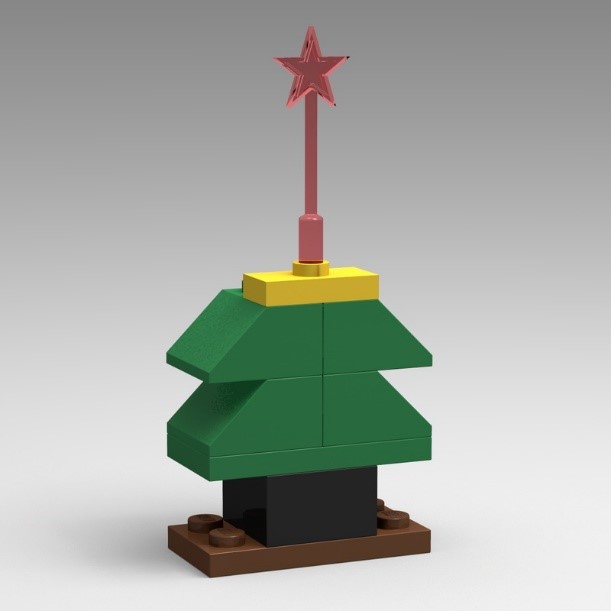 The last category is so bad they’re good…maybe.

The first ugly is set 40002-1 Christmas Tree. A LEGO Exclusive polybag, this is how not to make a LEGO Christmas Tree. Made worse by the fact that it was released in 2009, I could forgive it if it was an early attempt but we’ve really improved in the last two decades, beyond this. 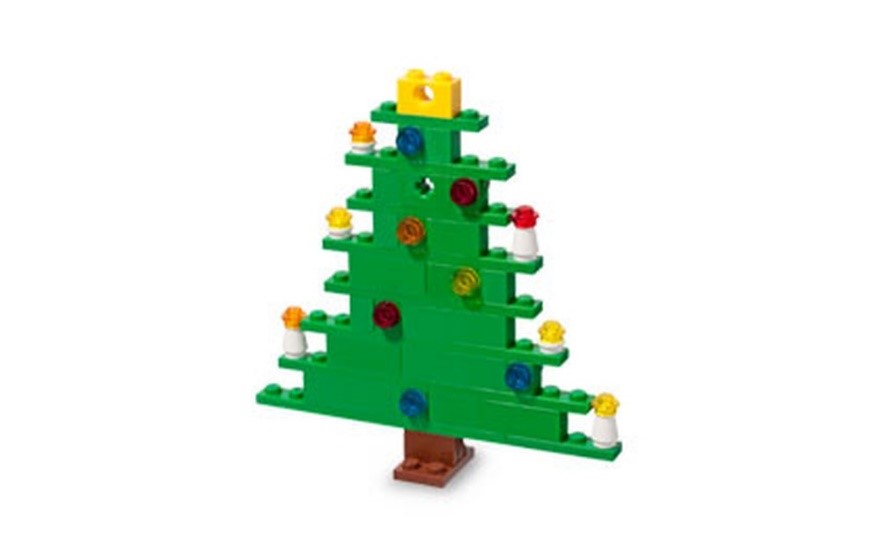 And the last entry on my journey of Festive Trees is Advent Calendar Sub-set 7907-25. This looks like it’s straight out of A Charlie Brown Christmas. It’s so spindly it makes me think of all those poor orphan children going without this Christmas Day. Even the gifts couldn’t be bothered to look nice, a simple 1x1 brick is a poor gift. 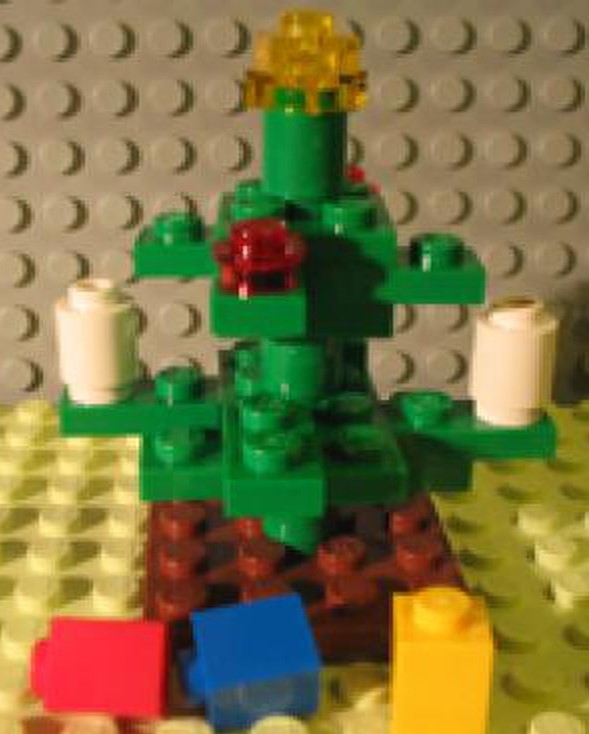 And that’s it, LEGO is clearly improving, every year they try again and eventually maybe we’ll get a really good Advent Calendar Tree, let’s be honest, whatever they do, I’ll probably be buying it anyway!. Here’s hoping you have a Merry Whatever-You-Celebrate and feel free to let me know in the comments which ones you like (or don’t like) and any that I’ve missed.