﻿This originally was intended to be a few tweaks to LEGO set 75099, to bring it more into line with the movie version, but it ended up being largely a complete redesign. ﻿Significant chunks of it are carried over (mostly) unaltered from that — the front end, top surface, control panel, and lower engine specifically. But the bottom, side panels, interior structure, upper engine, and seat/fin mount are completely redone. The body is one unit longer than before, to bring it closer to scale. The front grille is black. The uncanonical stud shooters are replaced by something more like the movie version’s “directional steering exhaust nozzles”. I reused some of the kit’s stickers, but not the bright orange ones on the body; instead I did brick-built dark orange stripes. The sides don’t bulge out as far, and don’t hinge. A net full of “junk” replaces the kit’s clip-on tools. And of course the whole thing hovers is propped up above a patch of desert sand.There are no studs on the seat to keep a minifig Rey in place, but that’s because, at approximately 1/19 scale, this thing is just too large for minifig Rey (as is, honestly, 75099). Her staff, clipped above the net, is lengthened to something more like correct scale, but lengthening Rey is more problematic. She can pose in the foreground of a photograph, but that’s about it. Sorry, Rey!

In the LDD file the "fins" are black and there is no net (nor contents thereof), but this should be pretty obvious. The fins are the ones from the set, the net is part 71155 in black (http://rebrickable.com/parts/71155/net-10-x-10-square/0/﻿), and the contents are pretty much what used to be on the side studs.
This MOC is a Modification of 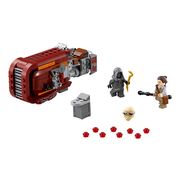 Use LEGO Digital Designer to open these files and generate step by step building instructions. 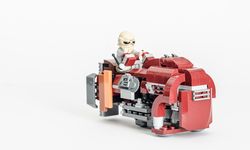 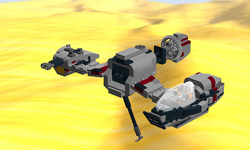 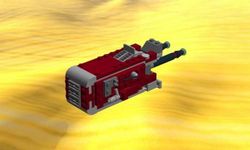 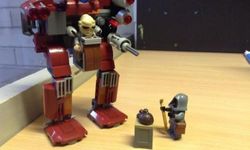 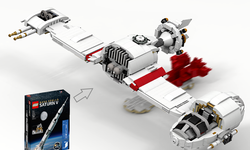 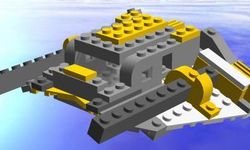 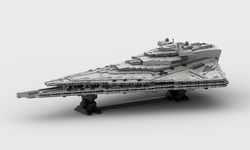 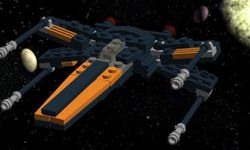 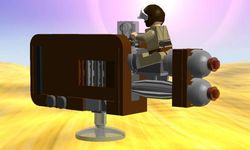 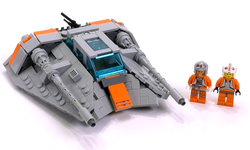