A front loader C model for the Telehandler set.
I was looking at the parts in the set, and I saw the bucket and tires, and thought it would make a good loader.

Functions:
Articulated steering controlled by shifting the pin joiner in front of the cab from side to side.
Bucket elevation controlled by a linear actuator over the front wheels.
Bucket tilting is controlled by an axle joiner on the arm, using the same mechanism as the original set.
You can open the rear engine cover, which contains the 40th anniversary beam.

There are some details such as lights, a seat, a steering wheel, and paneling on the rear.

Note: This MOC doesn't use any new 2017 parts except the bucket, but that can be substituted
by using the 2951 bucket and two 4l axles instead of two 3l axles.
This MOC is an Alternate Build of

of the buildable parts in this MOC

Login to see your Build calculations

These types of files are created with the LDraw system of software. You will need to install compatible software to open and view the instructions. A full list of available software is on the LDraw site. 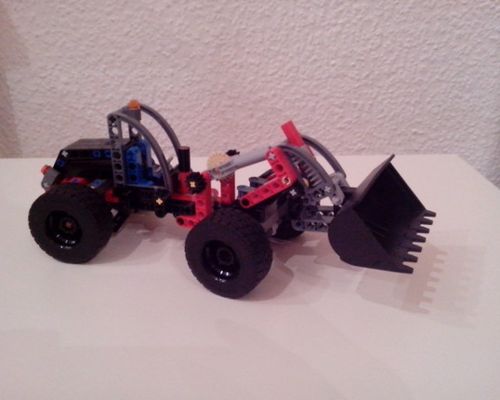 by jorah
Login to hide ads!

of the buildable parts in this MOC

Login to see your Build calculations 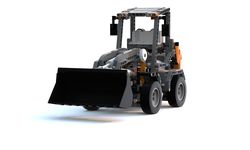 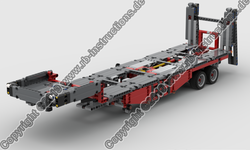 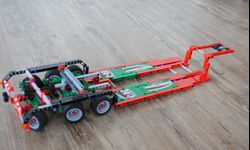 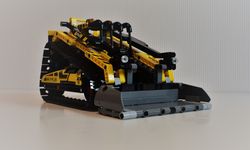 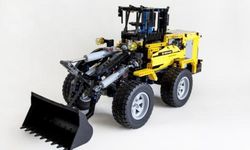 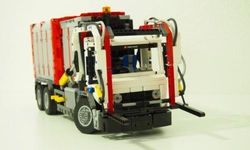 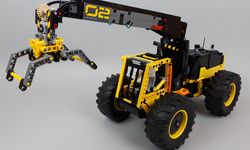 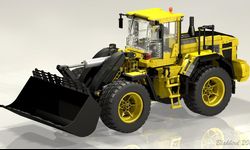 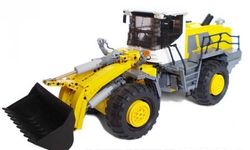 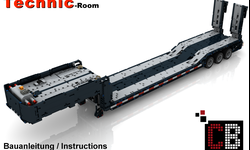